Technically, it is a federal crime to grow, distribute or possess marijuana, or “cannabis,” its botanical name. And when it comes to life insurance for marijuana users, that can have implications.

Marijuana is known by many names, including cannabis and pot, and is the shredded leaves and flowers of Cannabis sativa — a mind-altering drug. In the last 20 years, it’s been approved for medical use in half the states in America and for recreational use in a handful of states and cities. 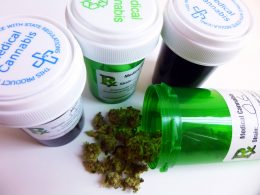 If you use marijuana, it doesn’t pay to lie. If you die and the insurance company finds out you were using marijuana and didn’t inform them, they could reduce or cancel life insurance benefits to your beneficiari

Technically, it is a federal crime to grow, distribute or possess marijuana, but the federal government is not actively enforcing federal laws in states where it is legal. Exceptions to that practice are use at drug-free workplaces, on federal land (excluding reservations), in federally subsidized housing, or in association with federal contracts.

Because of changing perceptions about marijuana use, some insurance carriers have modified their “cannabis user insurability” underwriting guidelines to offer standard or preferred non-tobacco coverage to adults who qualify for life insurance, even if they admit to using marijuana. This could make it possible to buy life insurance, even if you use marijuana recreationally or for medical purposes in states where it has been legalized. Some insurance carriers view smoking marijuana as not harmful, while others want to see more research to better determine risks.

Why Some Companies Offer Coverage

Life insurance carriers are only interested in offering life insurance coverage to individuals who are low risk. A study conducted by Kaiser Permanente in Oakland, Calif., showed there has been no excess death risk associated with marijuana consumption.

LifeHealthPro.com, a website for life and health insurance advisors, published an article reporting that medical research shows that marijuana use does not lead to a greater risk for death, including problems that lead to death such as elevated blood pressure, obesity, high cholesterol, diabetes, heart attack, stroke, circulatory issues, lung cancer or chronic obstructive pulmonary disease.

While evidence suggests a link between marijuana use and psychosis in adolescents, that risk is not seen in adults and there is no strong evidence that use of marijuana leads to suicide.

Why Some Companies Don’t Offer Coverage

Federal law still lists marijuana as a high-risk Class I drug. These drugs are classified as having high abuse potential, no medical use and severe safety concerns. Other Class I drugs include heroin, LSD and cocaine.

A spokeswoman for the Insurance Information Institute said that some insurers compare marijuana use with other risky activities, such as skydiving or racecar driving, because there isn’t enough data available to assess the coverage risks.

Using marijuana, like using alcohol, drugs or sleep aids, has been reported to sometimes lead to motor vehicle accidents. However, studies have shown that fatal accidents are more likely with alcohol abuse than with marijuana use.

Your Options if You Use Marijuana

If you use marijuana, it doesn’t pay to lie. If you die and the insurance company finds out you were using marijuana and didn’t inform them, they could reduce or cancel life insurance benefits to your beneficiaries.

The Health Insurance Portability and Accountability Act protects your privacy, so anything you write on a life insurance application is private. Plus, blood or urine tests or medical records that are required during the underwriting process could reveal your marijuana use.

That doesn’t mean every application will be smooth sailing if you tell the truth. Some insurance carriers might deny you coverage, while some might charge a higher premium, similar to what they charge for smokers. Others will only approve coverage if you are an occasional user while others might offer preferred non-tobacco use coverage.

If you do use marijuana either medically or for recreation and are seeking life insurance coverage, it pays to work with a qualified broker who can do the research for you and find the coverage that’s right for you.