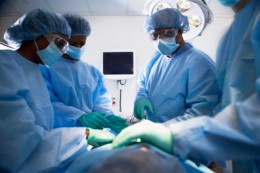 Dr. Marius Barnard, brother of pioneering heart surgeon Christiaan Barnard, introduced critical illness insurance in South Africa in 1983 after seeing the financial hardships costly medical treatments caused his patients. He reportedly said that, as a doctor, he could repair man’s body but only an insurer could repair his finances.

Since its introduction in 1983, critical illness insurance has been helping families repair their finances. Critical illness differs from health insurance policies in an important way. Your health or major medical policy will reimburse your healthcare provider for covered services you obtain. A critical illness policy, on the other hand, will pay benefits directly to policyholders when they receive a diagnosis of a covered illness.

Because it’s relatively new in the U.S., critical illness coverage hasn’t caught on as much as other policies. But trends indicate that critical illness coverage can — and should — grow to be an important part of any family’s financial plan. In the U.S., insurance research firm LIMRA doesn’t collect information on critical illness sales, but in Canada, the market grew an average of 9.1 percent per year in premium volume and 5.7 percent in policies sold between 2009 and 2011. Some industry watchers attribute this to the recent financial crisis. Layoffs, foreclosures and other events made many consumers more aware of the precariousness of their financial situation and the need to protect against contingencies.

In addition, the growth of high-deductible health plans (HDHPs) has left many families with higher out-of-pocket health costs. While many policies provide first-dollar coverage for certain preventive treatments, deductibles and copayments may apply when you become ill. A health savings account (HSA)-qualified high-deductible family plan must have a deductible of at least $2,500, meaning you must pay the first $2,500 in covered medical expenses out of pocket before your health plan begins to pay your claims. And while most major medical plans limit the amount a member must pay out of pocket for covered medical expenses every year, HDHPs place these limits relatively high. For 2014, an HDHP can require you to pay as much as $12,700 in covered medical expenses for your family, over and above your insurance premiums, before it pays your claims at 100 percent.

What does this mean, in real terms, for a family with health coverage through an HDHP? In a bad year, your health expenses could look something like this:

Of course, this doesn’t include other costs related to illness, such as payments for uncovered medical and alternative medicine treatments, transportation to and from medical appointments and income lost due to lost work time.

Having medical insurance can protect you from some of the costs of a major medical problem or serious accident. However, it doesn’t eliminate the problem. More than one in five Americans under the age of 65 lived in families having problems paying medical bills, according to statistics from CDC’s National Center for Health Statistics for the first six months of 2012. Even in families with health insurance, 14 percent had problems paying medical bills.

What Happens When I File a Claim?

You can receive benefits under your critical illness policy when you receive a diagnosis or treatment for one of the covered diseases or “benefit triggers” specified in the policy. A typical policy might pay benefits for illnesses or health conditions such as cancer, heart attack or stroke; they might also pay after you experience another specified “benefit trigger,” such as severe burns, loss of a limb or loss of hearing, sight or speech.

Once you file a claim, most policies will pay a lump sum benefit. Depending on the particular benefit trigger, your payment could range from 50 to 100 percent of your policy’s face value.