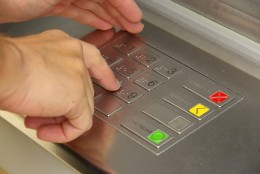 Dealing with identity theft is costly in terms of time and money.

In 2012, financial losses due to personal identity theft totaled $24.7 billion, over $10 billion more than the losses attributed to all other property crimes measured in the National Crime Victimization Survey.

Identity theft affected about 7 percent of Americans in 2012, but not all of them suffered a financial loss. About 14 percent of victims suffered an out-of-pocket financial loss due to their most recent incident of identity theft. Of the victims who experienced an out-of-pocket loss, about half lost $99 or less. Still, you can’t measure its cost in dollars alone. Identity theft can lead to the loss of reputation, credit rating and the time required to correct the problem.

So what exactly is identity theft? The U.S. Bureau of Justice Statistics defines it as the:

How does it happen? Identity theft occurs when someone uses an individual’s personal identifying information — name, address, credit card or Social Security number — without authorization to open new charge accounts, order merchandise or borrow money. When the bills pile up, the thief disappears. Victims of identity fraud might lose money, but they nearly always lose their credit rating, which can hinder their ability to borrow money or find a job.

The Truth in Lending Act generally limits liability for unauthorized charges to $50 per credit card account. Debit cards have fewer protections. However, when you become the victim of identity theft, it’s your responsibility to clear your credit record, which can take hours and cost hundreds or thousands of dollars.

If your existing insurance plans don’t include coverage for identity theft, you can buy standalone coverage. Is it worthwhile? Although coverage doesn’t cost much, these standalone policies cost more than adding a rider to your homeowners or renters policy. Before buying, check the coverage. As with most insurance policies, identity theft policies do not cover any direct monetary losses due to identity theft. Most policies will reimburse you for the costs involved in dealing with identity theft and correcting your credit record. These can include phone, notary and certified mail costs. Some policies also provide some coverage of lost wages resulting from taking time off to deal with identity theft. Some policies also cover attorney fees, subject to policy conditions and limits, and assistance in restoring credit.

Non-insured products typically offer services designed to detect identity theft early and minimize resulting losses. These include credit monitoring and notification services; some provide reimbursement or coverage for costs of repairing credit records. Some also provide education and other tools designed to help reduce the chances of identity theft.