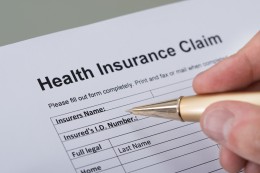 Just because a claim is covered doesn’t mean your insurer will pay 100 percent of the provider’s charges.

In our last issue, we discussed some of the factors that determine whether a claim is covered. In this article, we’ll discuss plan design features that affect how much your plan will pay toward a covered claim.

Just because a claim is covered doesn’t mean your insurer will pay 100 percent of the provider’s charges. The following features can reduce the amount your policy pays:

Allowed Amount. All health plans specify that they will pay a maximum amount for covered services. Your plan might call this an “eligible expense,” “payment allowance” or “negotiated rate.” Insurers often base this maximum on a “UCR (usual, customary and reasonable)” rate schedule, which uses information on what providers in a specific area usually charge for the same or similar medical service.

Healthcare providers often complain that insurers’ UCR information is out of date and doesn’t reimburse them the true cost of providing services. However, fees can vary widely among providers even in the same city, so UCRs provide some cost controls for consumers.

Balance Billing. If your provider charges more than the insurer’s allowed amount for a covered service, you may have to pay the difference, called “balance billing.” Preferred providers’ agreements with health plans prohibit balance billing—just one more way using a network provider saves you money!

Deductibles. Most health insurance plans require you to pay a deductible, or specified out-of-pocket amount, toward covered health expenses per calendar year before the plan will begin to pay benefits.
Many health plans cover preventive care with no deductible, so the cost of vaccinations, annual exams, etc. might not apply to your deductible.

How much of your deductible have you satisfied to date? Check the latest Explanation of Benefits (EOB), the statement from your health insurer that shows what claims it has paid on your behalf. In addition to showing what your provider charged and how much your plan paid (after fee adjustments), the EOB should show the individual and family deductible satisfied to date.

Copayments. HMO and PPO plans require insureds to pay a fixed amount (such as $25) each time they access a covered health service. Copayments help control overuse of medical services, so some plans do not charge copayments for certain visits that they want to encourage, such as annual exams. Copayments do not apply to your deductible.

Coordination of Benefits. If you or your dependents have coverage under more than one health plan, “coordination of benefits” rules determine which pays first. The “primary payer” pays what it owes on your bills first, and then sends the rest to the “secondary payer” to pay. In some cases, there may also be a “third payer.”

Different rules apply for those who have Medicare plus private health insurance; for specifics, go to www.medicare.gov and type in “who pays first.”

Doctors and other healthcare providers might have a working knowledge of what a health plan will pay, but they can’t be experts in all of them. To avoid surprises, review your plan to ensure it covers any elective procedures or treatments before scheduling them. If you’re unsure, or if your healthcare provider recommends an uncovered or experimental treatment, ask your insurer if it will provide coverage.