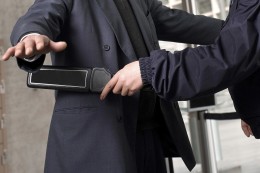 When you renewed your commercial property or business package policy, your insurer might have included a notice regarding terrorism insurance coverage. What’s this all about?

Your policy might contain two types of terrorism endorsements, or policy additions that provide extra coverage. One would exclude coverage for terrorism-related losses if the federal Terrorism Risk Insurance Program (TRIP) expired as scheduled on December 31, 2014. The other might cap coverage for losses on terrorism-related losses if the federal program were renewed.

As it happens, Congress renewed the program on January 12, 2015, making renewal retroactive to December 31, 2014. This means the first endorsement would not apply.

Why is terrorism insurance so complicated? A catastrophic terrorism incident in a major city could cause many deaths, injuries and billions of dollars worth of property damage. High potential losses concentrated in a small geographical area make insuring terrorism a high-risk prospect. An insurer that doesn’t underwrite wisely could end up insolvent, which makes them reluctant to offer terrorism coverage. Businesses in high-risk areas such as major cities, in or near landmark buildings, etc., often had problems obtaining coverage before TRIP. Since lenders usually require terrorism coverage, many businesses were unable to buy the properties they needed to build or expand.

For that reason, a public-private partnership has evolved to make coverage more affordable. By enacting the Terrorism Risk Insurance Program Act of 2002, or TRIP, Congress caused the creation of a system of shared public and private compensation for certain acts of terror. In exchange, it requires insurers to offer terrorism coverage with commercial property policies. For TRIP to pay a claim, it must result from a terrorism incident certified by the Department of State.

Since the program was supposed to be temporary, Congress has had to extend the program several times. The last extension occurred on January 12, 2015, with the Terrorism Risk Insurance Program Reauthorization Act of 2015, or TRIPRA 2015. This law amends the expiration date of TRIP to December 31, 2020.