Many employers are taking advantage of self funding to reduce costs, particularly medical costs. A self funding 101 lesson for employers is contained in a new report by Sun Life Financial U.S. Tn their Top Ten Catastrophic Claims Conditions report, Sun Life compiles the costliest medical conditions covered by its stop-loss insurance from 2012-15. The report also explores trends to help brokers and self-funded employers manage their risks. 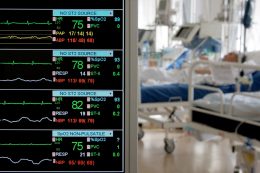 In its examination of the top 10 catastrophic illnesses that can prompt claims on stop-loss insurance policies, Sun Life Financial U.S. found self-insured employers paid more than half ($5.3 billion) of $9 billion in billed charges from 2012-15—receiving $2.3 billion in reimbursements through stop-loss protection.

“More employers are self-funding their medical plans than ever before, and managing the rising cost of health care continues to be one of their central concerns,” says Brad Nieland, vice president of Stop-Loss at Sun Life Financial U.S. “By highlighting the conditions that create catastrophic claims and providing insights into trends influencing high costs, we can help employers anticipate what they’ll see when self-funding and raise awareness about the importance of cost-containment resources and stop-loss insurance.”

The fourth annual Top Ten Catastrophic Claims Conditions report found that million-dollar-plus claims increased 25 percent compared to last year. Less than 2 percent of the million-dollar-plus claims accounted for a disproportionate 18.5 percent of overall stop-loss claims reimbursements ($431 million). During the four-year period, the average amount paid by an employer on a claim exceeding $1 million was $1.45 million, which was reduced to $491,000 after applying the average stop-loss reimbursement of $962,000.

Among the top claims, cancer continued to dominate the list at the top two spots with $618 million in stop-loss reimbursements. Costs increased and represented one-quarter (26.6 percent) of all stop-loss claims reimbursements during the four-year period. Of the various types of cancer identified in the report, breast cancer accounted for 14 percent of the total reimbursements for this condition.

Chronic/end-stage renal disease (kidneys) held steady at the number three spot on the list, accounting for more than $369 million in combined first-dollar claims and stop-loss claims reimbursements. One in three Americans are at risk for kidney disease, with diabetes and hypertension as leading causes.

In the “Recommendations” section of the Sun Life Financial U.S. report, the authors wrote that when an employer, broker, claims administrator and stop-loss carrier work together they can “identify new effective ways to manage claims costs and support improved patient outcomes.” Here are some of their recommendations:

The report provides a good lesson in self funding 101 for employers. You can read the report at this link.