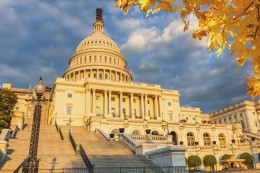 The Act’s sponsors, Senator Richard Burr (R-NC), Senator Orrin Hatch (R-Utah) and Representative Fred Upton (R-Mich.), introduced an outline of their plan. As this issue went to press, however, none had introduced it as a legislative bill in their respective houses. The following information was current as of early April.

Since the Patient CARE Act is a proposal and not yet a bill, the Congressional Budget Office cannot calculate its cost or effects on the healthcare system.