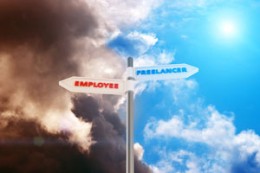 The wrong classification can lead to back taxes, penalties and fines.

Independent contractors have many advantages for employers. Employers can hire them on a per-project basis and let them go when the project is completed. They can often hire experienced workers who want to maintain a degree of independence. And they don’t have to pay benefits or workers’ compensation.

Or do they? In the late 1980s and early 1990s, many companies faced steep fines for failing to provide workers’ compensation to workers who were misclassified as independent contractors, particularly in the garment and manufacturing industries. Although today most companies are more aware of the problems of misclassifying workers, problems do still arise. Misclassifying someone as an independent contractor when they should be classified as an employee can lead to back taxes, penalties and fines. It pays to know the difference!

The following criteria can help you determine whether a worker is an employee or an independent contractor.

If you’re still unsure whether a worker qualifies as an independent contractor, you can request a ruling from your state department of labor or employment.