It’s one of the top issues for employers this year. As President Donald Trump begins his term, an Aon survey found nearly half of employers view the employer mandate as the top healthcare concern of 2017. 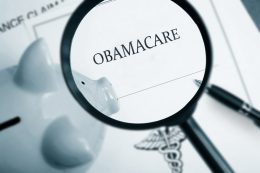 “Not surprisingly, there is heightened interest in the fate of the employer mandate, which currently places significant reporting obligations on employers, including how they report coverage, track service, and determine value and affordability,” J.D. Piro, national practice leader of Aon’s health and benefits legal practice, said in a statement. “But it’s important to realize that in the short term, these mandates—and the Affordable Care Act (ACA) reporting obligations and penalties—remain in effect.”

The increased interest in the employer mandate stems from speculation over what Trump will do to repeal and replace Obamacare. At the time this issue was published, Trump had offered few details about the changes he’d like to make regarding Obamacare, but he has indicated that he wants to stay flexible and would like to retain provisions covering people with pre-existing conditions.

The employer mandate places significant reporting and disclosure obligations on employers, and they want to know whether it will be dropped, expanded or modified. Employers want to know how they report coverage, track service and determine value and affordability.

“(The employer mandate was) something employers had to get up to speed on and learn how to administer in a very short period of time,” Piro told Employee Benefits News. “It was so complex that it was delayed for a year. It’s not yet part of the framework, and people are still addressing how to comply with it.”

In early January, Trump promised to offer a plan to repeal and replace the Affordable Care Act “essentially simultaneously.” As this issue went into publication, Senate Republicans had just passed a budget resolution that would allow the repeal of the Affordable Care Act during the budget reconciliation process with only 51 votes in the Senate, without threat of a Democratic filibuster.

The Future of Obamacare

In an article for the Henry J. Kaiser Family Foundation, Drew Altman wrote that it’s hard to predict how the debate over Obamacare will play out, but he believes it’s likely that plans to repeal and replace Obamacare, convert Medicaid to a “block grant” program and transform Medicare into a premium support program will be whittled down or delayed as details of proposed changes, along with their consequences, become part of the debate.

“Republicans and the president-elect are on the hook for election promises to repeal the ACA or major parts of the law,” Altman wrote. “If the GOP repeals the ACA but delays a replacement plan…the degree of political fallout is likely to depend a great deal on what happens in the non-group insurance market. (This includes people who buy their own coverage on the ACA exchanges and outside of them, all of whom are subject to the same premium increases.)

“If Republicans cannot make deals with insurers to keep the non-group market functioning for the roughly 19 million people who rely on it and the market becomes unstable or collapses, public reaction could affect the entire GOP health-care agenda. The chances of this happening stand to grow if Republicans move quickly to eliminate major provisions of Obamacare that directly affect marketplace stability, such as the individual mandate.”

The survey by Aon involved more than 800 employers. It was taken about a week after the 2016 presidential election and revealed other top areas of concern for employers, including:

“While details remain to be seen regarding policy proposals to address prescription drug pricing, this is an area that employers will keep a close eye on as drug costs continue to increase,” Piro said. “Employers will also be tracking the future fate of the excise tax to see how the 115th Congress handles this important matter.”