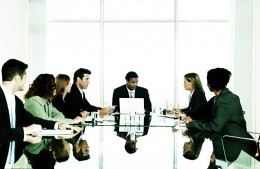 Directors and officers liability insurance (D&O) policies are nonstandard, so they can vary greatly from insurer to insurer.

Directors and officers liability insurance (D&O) policies are nonstandard, so they can vary greatly from insurer to insurer. In this article, we’ll discuss some of the many provisions that could appear in your D&O policy and what they mean to your coverage.

Part A covers directors and officers, reimbursing them directly for claims of liability that arise from their corporate duties.

Part C appears in some policies. Part C, or “entity coverage,” covers the corporation itself when it is named in a lawsuit or claim. Insurers began adding entity coverage to their D&O policies in the 1990s, in response to a spate of securities and employment practices liability lawsuits that named the corporation as a defendant along with the directors and officers.

Entity Coverage or No?

Claims can get complicated when the corporate entity is named as a defendant along with directors and officers. If the D&O policy does not include entity coverage, the insurer must allocate defense and settlement costs among the (covered) directors and officers and the (uncovered) entity to determine how much of these costs the policy will pay.

The insured versus insured exclusion prohibits coverage for claims filed by a corporation against its directors and/or officers. Originally intended to eliminate coverage for ordinary business losses due to bad judgment, the traditional insured versus insured exclusion could also eliminate coverage in a bankruptcy situation. You can ask your insurer to modify the exclusion so it does not apply to claims or suits brought by a bankruptcy trustee or similar party.

Insurers want to resolve a claim as quickly and inexpensively as possible. This can sometimes mean settling a claim that could have been won in litigation, to avoid high defense costs and potential costs of a loss in court. Some policies include a provision, nicknamed the “hammer provision,” that encourages insureds to accept “reasonable” pretrial settlement offers by limiting the insurer’s liability for the claim to the amount of the proposed settlement. Policyholders should negotiate to have these provisions removed.

ADR provisions require the insured to consent to participate in ADR at the insurer’s request. ADR can cut defense and litigation costs, but it can also limit your options in a claim situation. When possible, you should negotiate to remove these provisions. D&O insurance is a complex, nonstandard product, with many possible provisions and exclusions. For more information on structuring D&O coverage for your organization’s specific needs, please call us.