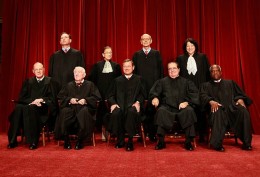 After Obamacare was introduced, the number of adults age 18 and older who lacked health insurance dropped from a high of 18 percent in 2013 to 11.9 percent at the beginning of 2015.

The Supreme Court recently released its opinion in King v. Burwell. The decision went in favor of the Obama administration, upholding the legality of the subsidies created by the Affordable Care Act.

Proponents of the Affordable Care Act’s health insurance exchanges—and a majority of the people who buy coverage on them—can breathe a collective sigh of relief. The Supreme Court recently issued its decision in King v. Burwell, a case that could have eliminated subsidies on the exchange.

The plaintiffs in the case questioned the legality of the healthcare subsidies created by the Affordable Care Act in states that have an exchange run by or facilitated by the federal government. Had the ruling gone the other way, it would have eliminated subsidies in those 34 states.

How the Subsidies Work

The Affordable Care Act created a system of subsidies that take the form of a tax credit. Unlike most tax credits, which apply retroactively, people can use this credit right away to buy coverage. The amount of credit available depends on income, not assets, and the cost of a “silver” policy. The second most comprehensive plan, a silver policy pays for about 70 percent of your covered healthcare expenses.

The tax credit decreases with your income level. With the credit, an individual or family at 400 percent of the poverty level will pay no more than 9.5 percent of family income toward a marketplace policy; families at lower income levels will have to contribute a lower percentage of income.

Having subsidies has made coverage affordable for more people. The number of adults age 18 and older who lacked health insurance dropped from a high of 18 percent in 2013 to 11.9 percent at the beginning of 2015.

The Affordable Care Act makes subsidies available to people who buy health plans on an “Exchange established by the State.” Based on those five words King v. Burwell challenged the legality of subsidies in states without a state-established insurance exchange. The Act makes no provision for subsidies in federally established exchanges. Only 13 states and the District of Columbia have state-established insurance exchanges. The others have either a federally supported state-based program, a transitional partnership program or a federally facilitated marketplace.

If the Supreme Court had ruled in favor of the plaintiffs, the ruling would eliminate subsidies in states where the federal government is involved in the marketplaces.

According to the Kaiser Family Foundation, “People receiving subsidies make up 87% of those who have signed up for coverage for 2015 in states using the federal marketplace. “ If the Supreme Court had ruled against subsidies in federal exchanges, costs would have gone up dramatically for people who buy their coverage in them. Many would likely drop their coverage.

Now that the King decision is settled, legislators should focus on ways to control the cost of healthcare. America spends more than $2.6 trillion on healthcare each year. Some key contributors to those expenditures—factors that can be controlled—include: