There is good news and bad news on the individual health care front. First the bad news. 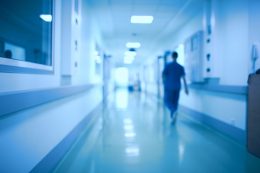 Today it’s much more difficult for individuals in certain parts of the country to purchase federally subsidized health care coverage on the Affordable Care Act (ACA) marketplaces. Many major insurance companies, such as UnitedHealth Group, Humana and Aetna — tired of operating at a loss — have announced their intention to pull out of the marketplaces. Another provider, Anthem, plans to leave the Ohio marketplace in 2018.

The ACA set up the marketplaces so individuals who don’t have access to employer sponsored health coverage could get easy access to insurance – and in many cases subsidized insurance. Subsidies are available to people who earn less than 400 percent of the poverty level, which is about $48,240 for an individual and $98,400 for a family of four.

Insurers, however, have found that many of the regulations affecting ACA-compliant coverage often make it too expensive for them to operate at a profit.

In November 2016, the Kaiser Family Foundation reported that 32 percent of U.S. counties only have one insurer available for residents looking to buy subsidized health insurance through the ACA online marketplace. In several states, including Alabama, Alaska, Oklahoma, South Carolina and Wyoming, there’s only one participating insurance provider in each state’s online marketplace in 2017. Just a few months earlier in those states, only seven percent of counties — and the entire state of Wyoming — were limited to one insurance provider on the online exchanges.

Worse yet, the New York Times estimates that as many as 45 counties could have no insurance carriers available in 2018.

In short, of the approximately 9.2 million people enrolled in Affordable Care Act exchanges in 2017, about 1.9 million can only purchase insurance from one company. They do have the ability to purchase coverage outside of the marketplace, but they won’t have the ability to apply for federal subsidies to help with the cost.

The price of an average plan on the exchange already has risen substantially since 2014. The U.S. Department of Health and Human Services reports that a family of four, with a household income of $60,000, paid 38 percent more in premiums on the second-lowest-cost Silver plan. Costs could continue to rise, since some insurers are threatening to leave the Marketplace unless they get double-digit premium increases.

Factors that May Complicate the Situation

Last January, the Trump administration instructed the Internal Revenue Service to stop enforcing the requirement that Americans have health insurance or pay a penalty.

The Administration also is threatening to withhold billions of dollars owed to insurance companies. The ACA requires the federal government to reimburse insurance companies for payments designed to help policyholders with incomes up to 250 percent of the federal poverty level. This helps families afford deductibles and other out-of-pocket payments. Republican House members filed a lawsuit against the U.S. Department of Health and Human Services challenging these cost-sharing subsidies.

Both actions make it more difficult for insurance companies to attract enough healthy people and young people to purchase health insurance to help cover the costs of those who are ill.

There’s some light at the end of the tunnel. A new analysis released this summer by the Kaiser Family Foundation suggests that the individual health insurance market has been stabilizing and insurers are regaining profitability. Some of this positive financial news results from large premium increases approved by state regulators in 2017. Slower growth in medical expense claims could also be a factor.

Some insurers are finding the marketplaces profitable in certain parts of the country. For instance, some states have 15 insurance providers participating in the exchanges this year, while others have up to 11.

Other insurance companies, concerned about whether the individual mandate will be enforced and whether they will be repaid for the cost-sharing discounts, have said they will stay in the marketplace — if they’re allowed to impose huge rate hikes.

Despite the unknowns, many insurance analysts believe the market could rebound — although it could be in turmoil for some time. Many nonprofit insurers are dedicated to remaining in the marketplace in order to serve their communities. Other insurers believe the rapidly growing self-employed economy means more room for growth and sales of individual policies.

What can you do if you purchase health coverage on the individual marketplace? Talk to your broker.