What keeps directors up at night? Many worry about personal liability from their board service. In a 2011 survey, 76 percent of CEOs surveyed said they were not confident for-profit boards had adequate insurance coverage, and 70 percent said the same about nonprofit boards. Only 59 percent of respondents said their board had directors and officers (D&O) liability coverage. (Source: Survey, Chartis and The Chief Executive Group) 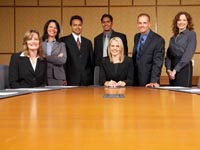 The complexity of claims against directors and officers makes D&O one of the most challenging types of insurance.

D&O policies will pay legal defense costs and settlements for directors’ and officers’ personal liability for actual or alleged “wrongful acts” committed in the course of their official duties. Policy definitions vary, but “wrongful acts” usually include actual or alleged acts, errors, omissions, neglect or breaches of duty, misstatements or misleading statements. Even if you have D&O coverage, does it fully protect your directors and officers? Understanding your risk exposures and what your policy covers can help you avoid potentially costly coverage gaps. Some things to look for include:

The complexity of claims against directors and officers makes D&O one of the most challenging areas of coverage. Every corporation’s situation and policy needs individual analysis.