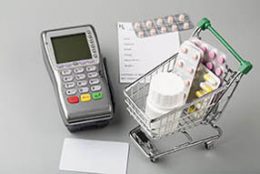 Step therapy can save money but some say there can be a downside.

One way to keep your health benefit plan’s overall costs lower is to encourage employees to choose generic drugs whenever possible. The U. S. healthcare system saved $1.68 trillion from 2005 to 2014 by using generic drugs, according to the IMS Institute for Healthcare Informatics.

Many insurance carriers are doing more than just asking plan members to use generics — they require members to start with a generic or less expensive medication before moving to the brand name drug prescribed by their doctors. This process, called step therapy, is a medical management tool many insurers have used for 17 years.

When you or your employees have a prescription filled, the pharmacist checks a computer database to see if the prescription is a level (or tier) one, two or three. If the prescription is not a level one, you must start with level one before “stepping” up to a higher level. For instance, if you have acid reflux and your doctor prescribed a level three drug, the pharmacist is required to start you on an over-the-counter drug, such as Nexium 24-Hour. If that drug doesn’t work, then you would try the next level, such as Nexium. You might eventually reach level three — the level originally prescribed — if you really need it.

Medicare has five levels in its step therapy program. A tier three drug can be four to seven times more expensive than a tier one.

The Benefits of Step Therapy

Insurance providers point out that level one drugs are proven therapies. Step therapy insures that doctors start with medications that have a long history of working before trying newer drugs.

Level one medications also are the least expensive, which helps keep premiums down. In fact, insurers argue that without step therapy to manage drug costs, insurance costs could skyrocket.

Some patient advocacy groups say it’s unrealistic to think that all patients will respond well to level one drugs. They want more regulation of step therapy. And, while some patients respond well to the first medication level, some patients’ diseases get worse before they are stepped up to second tier drugs.

The Kansas Mental Health Coalition has recommended there be no step therapy for mental health medications, although the Kansas Legislature approved the use of step therapy in 2016 for Medicaid patients. According to the Coalition, research shows that interruptions in treatment result in emergency room visits, repeated hospitalizations, homelessness, incarceration and even suicide.

What the Law Says

More and more states are enacting regulations to ensure that step therapy is used safely and effectively, including allowing exceptions to step therapy under certain circumstances when a doctor believes that lower levels will not work. So far, 14 states have enacted step therapy restrictions and about 12 more currently are introducing bills.

Even without laws regulating step therapies, employees always can pay full price for second tier medication prescriptions if they don’t want to use a lower level drug. Also, they can ask their doctor to request a medical necessity exception.