At a time when people in the United States are working longer hours and taking second jobs to pay the bills and save for retirement, a new Gallup poll found the average age that Americans are retiring was 62 in 2014, up from age 59 in 2010.

As a result, our economy is less productive than it could be, and that trend is expected to continue for the next 35 years unless something is done to turn it around,” wrote Michael Molinski in his USA Today article, “Delayed retirement is both a symptom and a cause of a troubled economy. “ 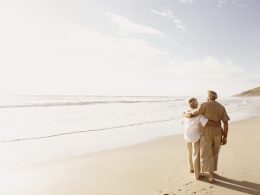 Without pensions, older workers are being forced to work longer hours and stay in the workforce longer, and that means they’re squeezing out some of the most productive workers of all, known as core workers, according to a study by the University of Paris-Sorbonne.

This is the highest retirement age that Gallup has found since first asking Americans the question in 1991. This age has increased in recent years, while the average age at which non-retired Americans expect to retire, 66, has largely stayed the same. However, this age too has increased from 63 in 2002.

“Retirement age may be increasing because many baby boomers are reluctant to retire,” the authors of the Gallup report wrote. “Older Americans may also be delaying retirement because of lost savings during the Great Recession or because of insufficient savings even before the economic downturn. Furthermore, in 1995, more non-retired Americans expected to retire younger—15 percent expected to retire before age 55, compared with 4 percent in 2014.”

The poll found that the majority of all age groups expect to retire at age 65 or older. This includes 62 percent of 18- to 29-year-olds, 62 percent of 30- to 49-year-olds, and 58 percent of 50- to 64-year-olds. At the same time, an optimistic 15 percent of the youngest age group expects to retire before age 60. Adults closer to that age are naturally less likely to think they will be ready for retirement at that point.

“The pressure to be financially prepared for retirement is evident in the recent Gallup finding that saving for retirement is Americans’ top financial worry,” the authors of the Gallup survey wrote. “According to a 2011 Wells Fargo/Gallup Investor and Retirement Optimism Index survey, the value of investments is the key factor determining when pre-retired investors say they will retire, followed by their health, the cost of healthcare, and inflation.

The Gallup poll comes as a study by the University of Paris-Sorbonne found that as both younger workers (ages 15-24) and older employees (55-65) have been forced into the workforce over the last few decades, the age distribution of the nation’s labor force has taken on a barbell shape—a bad sign for the productivity of workers and the future of the economy. This is because the most productive workers are ages 25-54.

“Retirement has taken a back seat to corporate profitability for more than 40 years as the United States has embraced the reduction of pensions, and now the U.S. economy is paying the price with lower productivity,” Molinski wrote. “Without pensions, older workers are being forced to work longer hours and stay in the workforce longer, and that means they’re squeezing out some of the most productive workers of all, known as core workers, according to a study by the University of Paris-Sorbonne.”